Italian veteran Fabio Fognini will face countryman Matteo Berrattini in one of the five men’s singles matches taking place on the opening day of the main draw at the Internazionali BNL d’Italia. The women’s main draw will get underway on Monday, while the rest of Sunday’s schedule will feature the men’s and women’s final round of qualifying.

Fognini, a former world No. 13 who has won four titles on clay, is currently on a four-match losing streak and hasn’t won a match on the red dirt since February. His 21-year-old opponent is making his ATP World Tour debut as a wild card at the Italian Open and is playing here on a career-high ranking of No. 250. The winner of this match will face defending champion and world No. 1 Andy Murray in the second round. 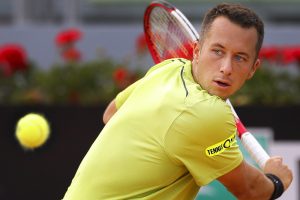 The all-Italian clash is not the only all-country affair on Sunday as Germany’s Florian Mayer and Philipp Kohlschreiber play each other on Next Gen Arena. Mayer has won just one match in eight tournaments so far this year.

Fernando Verdasco and Donald Young will kick start the Centre Court action at midday on Sunday. It will be a first meeting since 2014 for the two lefthanders, who have played three times before with the Spaniard winning on each occasion, including on clay at 2014 Houston. 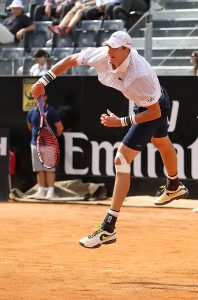 Big-serving American John Isner will also take to the courts on the first day when he faces Monte Carlo finalist and clay court specialist Albert Ramos-Vinolas in the final match on Centre Court.

Daniel Evans’s first round match against Jiri Vesely is the only other ATP main draw match taking place on Sunday.

Thirty players will be contesting the final round of qualifying with the winners booking their spots in the main draw.