Venus Williams, Maria Sharapova and Juan Martin Del Potro are just three of the big name players who will take to the courts on day two at the Internazionali BNL d’Italia.

The mouth-watering clash between Juan Martin del Potro and Grigor Dimitrov is scheduled as the opening night match with the No. 10 seed looking for his first victory over the Argentinean in his fifth attempt. 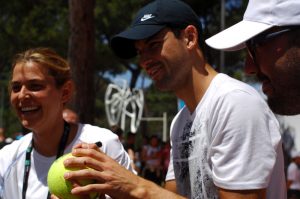 Dimitrov reached the third round in Madrid, falling to eventual finalist Dominic Thiem, but lost in the first round at Marrakech and Monte Carlo. His opponent has played just one clay court tournament so far this year, giving a walkover in the second round of Estoril following the death of his grandfather.

The second night match will feature 1999 winner Venus Williams and Yaroslava Shvedova.  The two players faced each other at Wimbledon last year with the American prevailing in straight sets.

Three-time Italian Open champion Sharapova will play Christina McHale in the second day match on Center Court. The Russian has won all four of their previous meetings, three of which have been on clay, including at the Foro Italico in 2012. 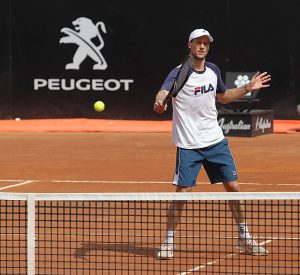 Andreas Seppi and Sara Errani will give the home fans something to shout about when they take on Nicolas Almagro and Alize Cornet respectively, while the next generation of Italian players, Stefano Napolitano, Gianluca Mager and Deborah Chiesa, are also on court.

Other notable players in action include No. 12 seed Tomas Berdych, who opens the order of play on Center Court against Mischa Zverev, No. 9 seed David Goffin, who will face lucky loser Thomaz Bellucci on Next Gen Arena, and Jelena Jankovic, who is up against Alison Riske on Court 1.