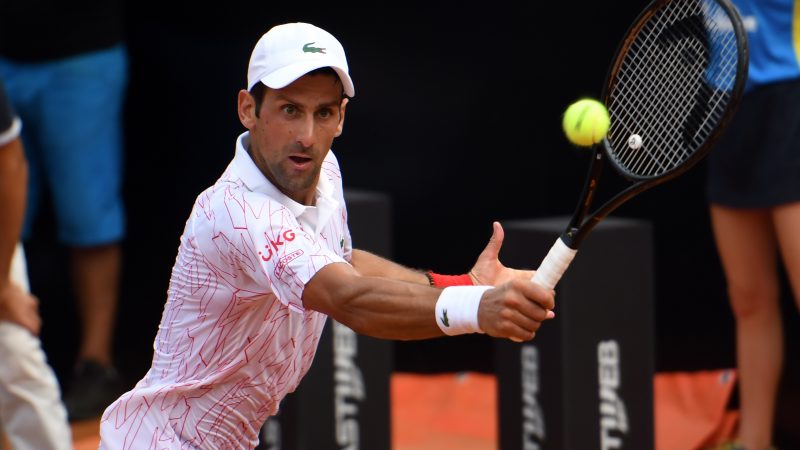 Diego Schwartzman stands in Novak Djokovic’s way of a record-breaking 36th Masters-1000 title at the Internazionali BNL d’Italia on Monday.

The Serb currently holds the record for most Masters-1000 crowns with Rafael Nadal, having won his 35th title at Cincinnati last month. Victory over Schwartzman in the Rome final will see him surpass the Spaniard’s tally and single-handedly hold the record.

Monday 21 September has been earmarked in Djokovic’s calendar for a while, not only because it’s the date of the final in Rome but also because it marks his 287th week as world No.1 and moves him clear of Pete Sampras’ total of 286. The only male player to have held the top spot in the rankings for longer is Roger Federer who occupied the position for 310 weeks.

While there are records on the line for Djokovic, there are also milestones to be had for Schwartzman who finds himself in his first Masters-1000 final at the age of 28. He is the first player from Argentina to reach the Rome final since Guillermo Coria in 2005 and he is bidding to become the first player from his country to be crowned champion  since Alberto Mancini in 1989.

Victory at the Foro Italico on Monday will also see the world No.15 crack the Top 10 of the ATP rankings for the first time in his career, if he finishes as runner-up Denis Shapovalov, who he defeated in an epic encounter in the semi-finals, will achieve the feat.

“Well, I have two dreams, you know, tomorrow. One, it’s winning a tournament like this. And the second one, be top 10. Both are there tomorrow on court against Novak. I know it’s very difficult. Almost — I need to play more than my 100%. I don’t want to say impossible, because it’s not impossible. I know can beat him but it’s going to be very difficult,” said Schwartzman. “But the chances are there tomorrow, so I’m going to rest, I’m going to do everything to be more than my 100% tomorrow on court.”

Djokovic has won all four of their previous meetings including in the semi-finals at the Italian Open last year and at 2017 Roland Garros but both of those match-ups went the distance. While Schwartzman has spent far longer than his opponent on court this week he has also played some of his best tennis, upsetting Nadal in the quarter-finals and outlasting the in-form Shapovalov in the semi-finals, so will be brimming with confidence heading into the intriguing encounter.

“Of course finals at such a big event means a lot even after 15 years being on the tour. I still am as motivated to get my hands on the trophy. I mean, this is what I work for as much as anybody else, really, on the tour. Of course as the time passes by, the tougher it gets. You know, obviously I’m not super fresh and young as I maybe was five, ten years ago, but I still feel physically really good,” said Djokovic.

“I love playing in Rome. I always want to do well here. I feel great support and great energy from the crowd. Of course, you know, with Nadal in the finals and without Nadal in the finals makes a big difference. Nevertheless, I will not underestimate anybody that steps on the court against me tomorrow.”