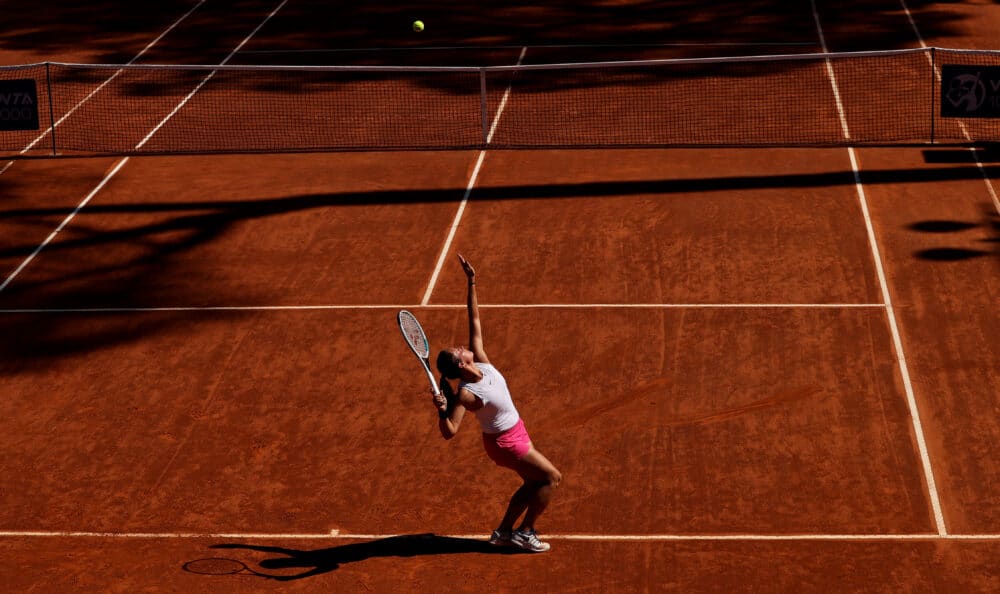 It started with a marathon, it ended with the longest match in the books of WTA history at the Internazionali BNL d’Italia: the first day of main draw matches here in Rome was quite a ride with surprises and comebacks, returns and confirmations.

The program on the most iconic court of the event, the Campo Pietrangeli, was opened by a long and gruelling battle between rising-star Coco Gauff and Yulia Putintseva. The technical reading of the match was clear from the get-go, with the Kazakh trying to install doubts on the young American’s game thanks to a continuous change of pace and spin of the ball. The plan seemed to work, but Putintseva fell in her own trap and became too passive when serving for the first set: Gauff saw the chance and seized it with full hands, closing the set 7-5.

Putintseva, however, kept faith in her game and it paid off. Despite 6 set points saved by her opponent, three of which consecutively, the Kazakh forced a decider. Gauff, however, seemed to have finally found the countermeasures and despite failing to serve it out, she broke her rival to take a 7-5 4-6 6-4 win and a ticket for the second round. There, she will find Maria Sakkari, who also needed a decider and a lot of her willpower to overcome Polona Hercog. The Slovenian, strong of a very solid qualification campaign, played a very solid match and it looked as if she had found the way to tame the Greek. Sakkari, however, left her doubts behind and after a few tight games at the beginning of the decider, she claimed the victory 7-6(6) 3-6 6-2.

Three sets were also needed for Anastasia Sevastova, who managed to turn a match started very nervously against hot-form Jil Teichmann, closing it with a precise passing shot 3-6 6-1 6-3. Same story also for Petra Kvitova, whose first set seemed like a nightmare against Magda Linette. The two-time Wimbledon winner looked like a shadow of her self at the beginning of the match, but quickly managed to find the court with her powerful and accurate shots. Once the momentum swung, Linette could do little and Kvitova took a comfortable 1-6 6-0 6-2 victory.

A comeback victory was also put together by Petra Martic, who recently joined forces with one of the heroes of Italian tennis as Francesca Schiavone joined the Croatian team as a coach. The 25-year-old return to winning ways after four consecutive first round losses by edging past Shalby Rogers 5-7 6-3 7-4.

A much more complicated debut than expected for Iga Swiatek resolved before the end of the first set as Alison Riske, whom she had defeated with a double 6-1 in Madrid, was forced to retire down 5-4 due to a left foot injury.

No problems instead for Ekaterina Alexandrova, Vera Zvonareva Amanda Anisimova and Jennifer Brady, who all took a comfortable two set victory to advance in the tournament.

On her first appearance at the Internazionali BNL d’Italia, Jessica Pegula took an unexpectedly straight-set victory over clay-courts-lover Daria Kasatkina 7-5 6-4.

The final match of the day was not for the faint of heart. In the longest match of the year so far, Sara Sorribes Tormo defeated Camila Giorgi 7-6(4) 6-7(7) 7-5 in almost 4 hours. In a clash of styles, the Italian’s aggressive tennis met the sturdy defence of the Spaniard, who never gave up on any point, not even when after 3.30 hours she found herself trailing two breaks in the decider. Shot after shot, defence after defence, Sorribes Tormo came back and eventually got into the head of Giorgi, who collapsed in the last two games, surrendering to her opponent with a handful too many unforced errors.

All match results are available here.