LIVE BLOG: WEDNESDAY 15TH MAY
No match played for the rain, we expect a “crazy” Super-Thursday 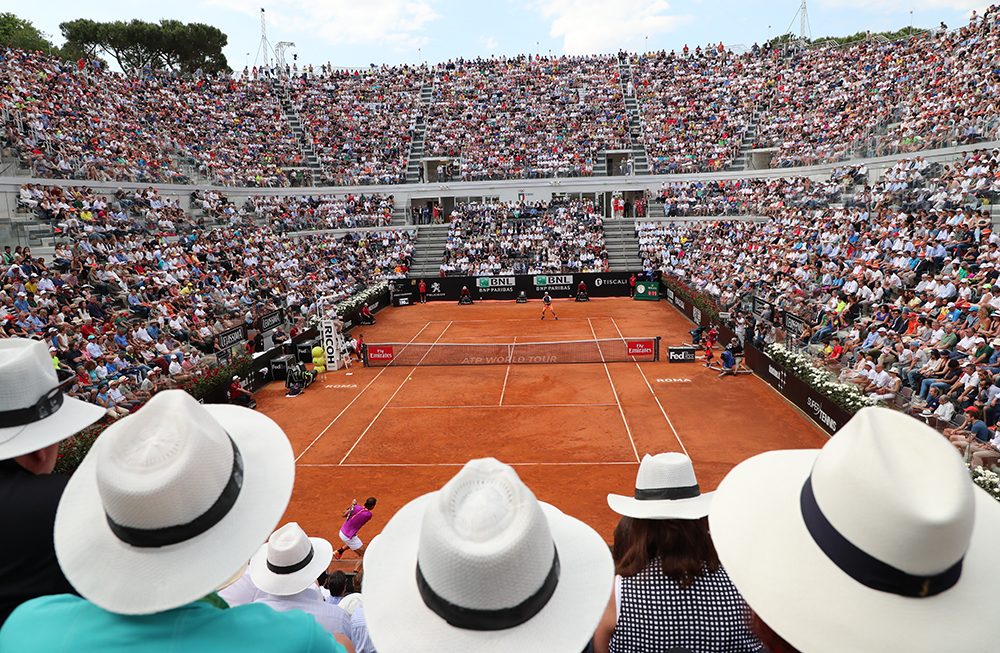 21.45 – TOMORROW’S PROGRAM ANNOUNCED. We start at 10 am on the Centre court with Osaka vs. Cibulkova and then Federer vs. Sousa. Not before 1pm, Djokovic vs. Shapovalov, then Venus. The mid-day session will probably see Nadal vs. Basilashvili, if Rafa wins his debut match. Rafa is scheduled as a second match on the Granstand, after Anisimova vs. Bertens. It will follow from 1pm Kvitova vs. Putintseva, Berrettini (waiting for a second-round match) and then Coric probably against Federer. For the “double match schedule”, Federer and Nadal could play on the Grandstand in the same day! The Pietrangeli will be incredible: Thiem, Halep, Fognini and then other matches waiting for the “first” matches to finish. Sinner vs. Tsitsipas is the third match on the field 1. Tomorrow the IBI19 will really write a small page of history! 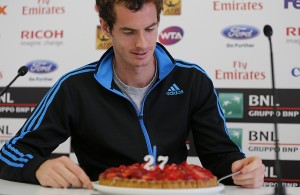 20.48 – We have not forgotten today’s date, May 15th, Andy Murray’s birthday! The Scottish champion is facing rehabilitation after the delicate hip operation. He is working hard to try to get back on the circuit, despite the prosthesis. We have the precedent of Bob Bryan, back on the tour after the same problem. What a fairy tale it would be to find Murray again on tour. Happy Birthday Andy! 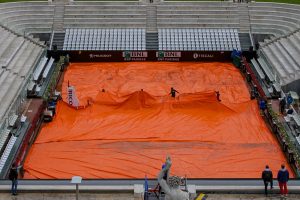 20.05 – Evening session canceled, tomorrow’s game order will be released soon. The rain never stopped, unfortunately the day ends at the Foro Italico without even one point played.

18.50 – Rafa Nadal leaves the Foro Italico and stops under a light rain to sign autographs for the fans, who are stoically waiting for the start of the matches all day long. Meeting the eight-time IBI champion is the highlight of a very unlucky day so far.

18.15 – NEW ORDER OF PLAY! It is still raining on Rome, but with less intensity, and the tournament has just released a new order of play. Matches will start at 7.30pm on the Centre court with Djokovic vs. Shapovalov. Not before 9 pm, the women’s match Sakkari Vs. Kontaveit. On the Grandstand not before 7.30pm Kvitova Vs. Putintseva; on the Pietrangeli from 19.30 Cecchinato vs. Kohlschreiber.

You can download the new program here: ORDER OF PLAY REVISED (6.10 pm) 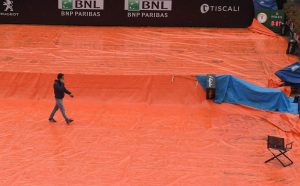 14.04 – NEW ORDER OF PLAY. Due to adverse weather conditions, the schedule was updated, you can see it here: ORDER OF PLAY REVISED

13.40 – Roger spoke about his feeling with clay courts:  “I think it always goes back to the fact that I did grow up on this surface. Sliding is something I actually enjoy doing”.

12.55 – Still raining, the tournament director announces that it won’t start to play before 2.00pm 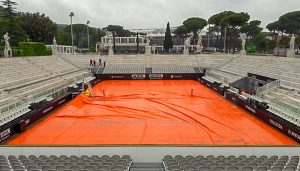 11.00 – Good morning! Rome woke up under a leaden sky, and at around 9.30am it started to rain on the Foro Italico. It’s just a light rain, but at the moment the courts are covered.