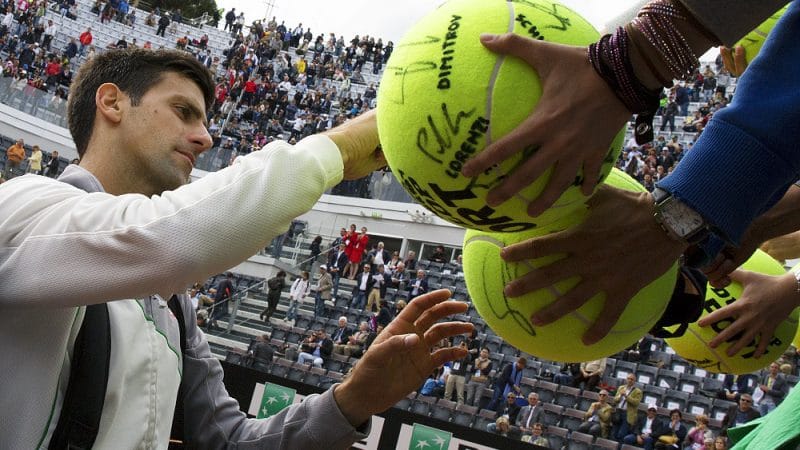 Semi-finalist Djokovic: The rising stars of tennis are making the sport better

Novak Djokovic says the emergence of new tennis superstars is good for the sport.
The world no.2 made the semi-final of the Rome Masters after being David Ferrer 7-5 4-6 6-3.
The 26-year-old will face rising star Milos Raonic, 23, in the last four.
And he said of the new empire coming to prominence in Italy: “It’s great – its a new generation and a new wave of players who are proving their qualities on different surfaces.
“It is good for tennis to see new faces and young players who are able to win theses big matches and come to the final stages of the big tournaments.”
Six-time Slam winner Djokovic has won the Rome Masters twice – but there is one trophy that is still eluding him – the French Open.
But although he admits he can’t look too far past this week’s tournament at Foro Italico, Djokovic also played down reports that he was obsessed with retrying to win Roland Garros.
He added: “Obsession is a really strong word.
“I don’t think being obsessed with something is positive. It still is my dream and goal to win it and I have a strong desire and motivation to achieve that goal and win the trophy in Paris.”