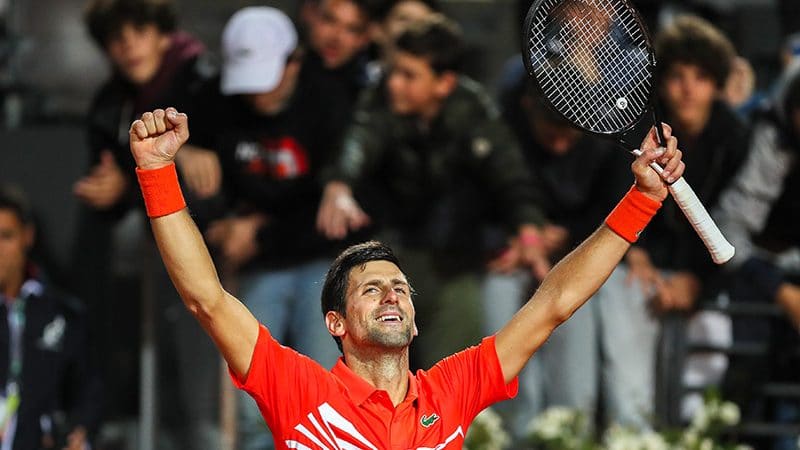 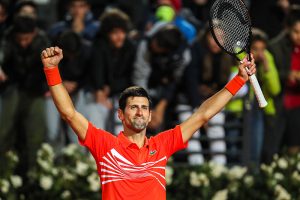 22.41 – Decisive moment, Djokovic serves to close the match at 5-3. He forced on the cross forehand, Diego wrong first, the rhythm imposed by the “Djoker” is very high. Perfect first serve, it’s double MATCH POINT! Miss the first Nole, a forehand dies in the net. Schwartzman hit the ball out, GAME SET MATCH NOLEEEEE. We will see another, impressive, Djokovic vs. Nadal final as decider of the Internazionali BNL d’Italia 2019. Good Night!

22.27 – 3-2 Djokovic, Diego to serve. He goes down 0-30, moment of extreme danger for him! Nole pushes as hard as he can, but “El Peque” fires a passing shot incredible. What a fighter this great little tennis player! The point of the match arrives: drop shot by Novak, Diego arrives and counter-drop him, but Nole pulls a PHENOMENAL cross ball! Djokovic break point !!! Schwartzman miss a backend, BREAK Djokovic! 4-2 up the Serbian, a stone’s throw from the final.

22.02 – The end of the second set is incredible! Djokovic recovers from the break down, including a crazy point in recovery. We get to the tiebreak, and the Argentine dominates with aggressive and very effective tennis. 7-2 Schwartzman, SET “El Peque”, WHAT A MATCH!

20.46 – Novak raises the pace of his shoots, his returns are long and accurate. 30-40, break point for the No. 1 Diego serves in the center, the Serbian returns almost into his feet, he has no time, his forehand dies on the net. BREAK Djokovic. He was in the air, the boost by Nole arrives in the hottest phase of the first set. 5-3 Novak, than he WINS THE SET 6-3!

20.30 – The match is very closed, 3 all. Both push with great pace, and Schwartzman is very solid at the service. Djokovic is not able to make the difference with his returns yet. The ball runs fast, the crowd is waiting for “the storm to break out” …

20.02 – Djokovic and Schwartzman are entering in the Centre court, waiting for them … SpiderMan! Ritual photo and pre-game warm-up begins. The umpire is the Italian Gianluca Moscarella.

19.06 – 5-4 Pliskova, Sakkari to serve. The tension is maximum, the Greek had to win this game to stay in the match. Karolina hits well on returns, leads 0-30. Another terrible error by Maria, an easy volley smashed into the net. 0-40, triple match point! Good the first: a backhand of Sakkari dies on the net. GAME SET MATCH, BRAVA KAROLINA! She reaches the final, will face Johanna Konta as favorite. 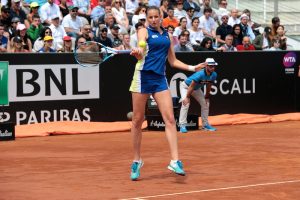 18.19 – SET PLISKOVA! Karolina remains solid, she pushes without exaggerating, and the tactic works. Maria makes some errors, the Czech gains meters of field. Set point! DISASTER Sakkari: tries a slice backhand that never plays and that is not in his repertoire… The ball slides off wide. Karolina thanks, 6-4 the score of the first set.

17.43 – Show never stops! The second female semi-final starts. Pliskova to service, four power shots and 1-0. Sakkari is ready, she too goes down the line with some impressive forehands and backhand, 1 all. Thrid game, Maria on fire! She pushed as hard as she can on returns, and stuns Pliskova. BREAK SAKKARI, ahead 2-1. 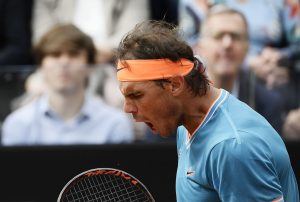 17.17 – The set go on following the service games. Nadal serves 5-4 to close the match. The forehand of “El Rey” sounds like a violin, like on the 30-0, a fantastic passing shot. 40-0 triple match point. A powerful first service, Just a first powerful, GAME SET MATCH RRRRAFAAAA! Total domination in the second set after making the break.

16.51 – Terrific battle in the third game of the second set! Rafa misses a break point, Tsitsipas is not lucky with some shots, out by few millimeters… Nadal BREAKS Tsitsipas, 2-1 ahead in the second. Stefanos protests for calls, but the balls were out. Rafa wins the following service games, he is now in control of the match, also because he has not unforced and leads the rallies with the forehand. Leads 4-2.

16.19 – 5-3 Nadal, serves to win the set. The ball is badly hit by TsiTsi, Rafa smashes into the net, 0-15. Another mistake for the champion, a backhand ends up wide. 0-30. Rafa pushes with his forehand, opens the angle and booom. 4 points in a row. SET POINT Nadal. First service in, Tsitsipas can’t return. 6-3 Nadal in 49 minutes of decent but not exceptional tennis.

15.53 – Rafa and Tsitsipas on court. READY, PLAY! Rafa to serve. TsiTsi takes control of the rally with his fantastic backhand, high topspin balls, Rafa loses field. The Majorcan recovers from 15-30 (and a double foul). 1-0 Nadal, 5 minutes the first game … Break RRRRAFA in the second game, excellent with his forehand Nadal, pushes and breaks the greek guy. The match is tough, long rallies and hard fighting. The “Pit” of Rafa. 3-0 Nadal in the first. 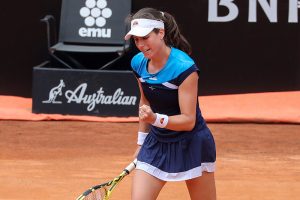 15.13 – GAME MATCH SET JOHANNA KONTA! The British easily secures the third set 6-2. She dominated the court with her excellent tennis, tons of various shots; too many errors by Bertens, practically out of the match after having suffered a break at the beginning of third set. BRAVA Johanna!

14.43 – Bertens seems to have an advantage, but the important points are played better by Konta. This explains the advantage, confirmed also by the numbers of the second set: Johanna did less winners and more mistakes, but won…

14.25 – Break and Set Johanna! Bertens makes some serious mistakes, Konta easily gets the break first, and then closes the second set 7-5.

14.20 – Konta serves under 4-5 in the second set to stay in the match. Her first service works fine. Johanna is very fast to enter on court and take control of the rally, especially with her cross backhand, the technical aspect with which she put in trouble Bertens. 5 all, high tension match right now!

13.57 – The battle continues in the second set, every games is a fighting, neither of them gives up. More errors now compared to the final part of the first set, when the quality of tennis was very high, a very good show. Bertens leads the second 3-2, Konta to serve.

13.25 – SET BERTENS! Kiki takes control of the rally, shoots a couple of really fantastic forehands, like the one of the decisive point, a forehand cross from the center that end at the intersection of the lines. Bertens overall deserved the first set.

13.20 – Splendid first set in progress between Bertens and Konta. The first break is by Johanna, but Kiki reacts immediately. Bertens “draws the field” with his powerful forehand, Konta plays a very smart tennis, good at running at the net and playing very accurate cross backhands. 6-5 in the first set, great show! 17 winners Konta, 14 Bertens. 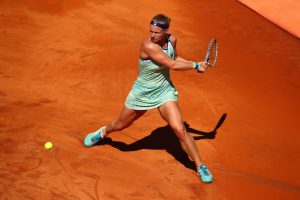 12.10 – GOOD MORNING ROME! The Capital woke up this morning with uncertain weather, some downpours, then the sky reopening. A splendid day of tennis awaits us, with some probable interruptions due to this “crazy” weather. Johanna Konta and Kiki Bertens are preparing on the Centre court, the first match of the day is going to start in few minutes. On the Pietrangeli three doubles matches, we start with Chan – Chan vs. Groenefeld – Schuurs. A few umbrellas are still open, but the sun has just opened up. Are U Ready? Let’s Tennis!