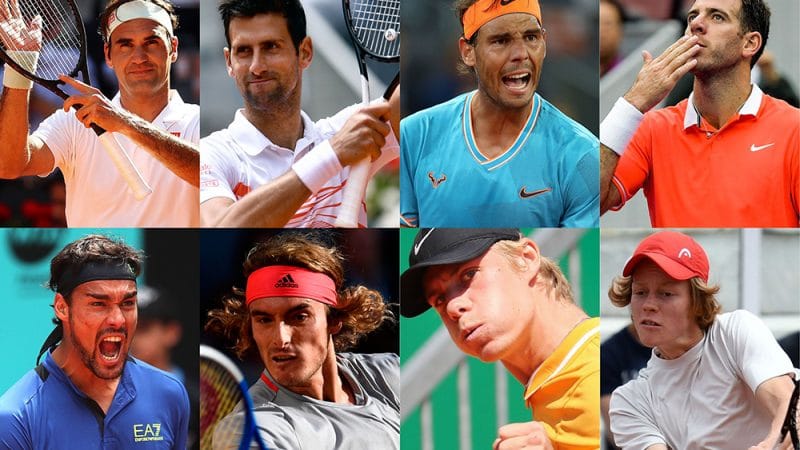 After rain prevented play on Wednesday, Thursday’s order of play at the Internazionali BNL d’Italia is fit to bursting and will see some players needing to play twice in order to keep the schedule on track.

In order to accommodate Wednesday ticket holders, the day sessions on Court Centrale and Grandstand will be split into two parts. Naomi Osaka and Roger Federer will get their Italian Open campaigns underway in the first session on Court Centrale, which starts at 10am, when they take on Dominika Cibulkova and Joao Sousa respectively. The second session, which will not start before 1pm, will feature Novak Djokovic and Venus Williams.

World No. 1 Djokovic faces Canadian youngster Denis Shapovalov in his opening round match while Williams, who was given a walkover into the third round when her sister Serena withdrew from their second round match with a knee injury, will play the winner of the Sloane Stephens and Johanna Konta encounter which takes place first on Court 2.

The Court Centrale night session will see No. 14 seed Nikoloz Basilashvili take on either eight-time champion Rafael Nadal or Jeremy Chardy depending on who wins their match which is scheduled for earlier in the day on Grandstand. The women’s match between Anett Kontaveit or qualifier Maria Sakkari and Yulia Putintseva or Petra Kvitova will follow.

Also in the Grandstand morning session is lucky loser Amanda Anisimova against Madrid champion Kiki Bertens. No. 2 seed Kvitova will face Putintseva in the afternoon session on the same court before crowd favourite Matteo Berrettini bids for a place in the quarter-finals against either Diego Schwartzman or Albert Ramos-Vinolas.

Court Pietrangeli’s early matches will feature No. 5 seed Dominic Thiem, two-time finalist Simona Halep and home hope Fabio Fognini with Halep and Fognini potentially returning to the same court later in the day should they prevail in their first matches.