Defending champion Andy Murray has crashed out of the Internazionali BNL d’Italia at the first hurdle after losing 62 64 to Fabio Fognini in his opening round match.

The world No. 1, who turned 30 on Monday, struggled to find answers to Fognini who looked impressive as he dominated play with some blistering groundstrokes and audacious drop shots. 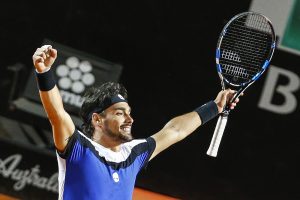 The Italian secured a double break in both sets and while Murray managed to recover one of the breaks in the second set it was too late to get a foothold in the match. Fognini promptly served it out at the second time of asking, much to the delight of the home crowd.

“I’m sure there were a lot of things I could have done better. You know, obviously he started the match extremely well, for sure, and then, you know, mid to end part of the second set, you know, there were a few opportunities there,” said Murray.

For Murray it marks a third loss in his last four matches and represents a worrying time for the Brit, who has struggled with his form throughout the season.

“I’m just not playing well, and I don’t think it’s to do with my ranking. I mean, the last couple of weeks, you know, they have been tough and I haven’t played well…I’m just not playing good tennis, and I need to try and work out how to turn that around.” 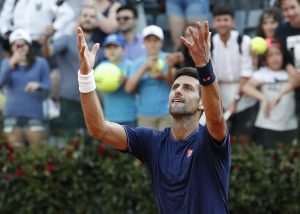 Murray’s compatriot, Aljaz Bedene, also exited the tournament on Tuesday after he suffered a 76(2) 62 loss to world No. 2 Novak Djokovic.

Bedene played well in the opening set, taking the Serbian to a tiebreak, but couldn’t sustain his level in the second as Djokovic ran out victorious in one hour 45 minutes.

There were also wins for No. 6 seed Marin Cilic over Ryan Harrison, No. 9 seed David Goffin against Fernando Verdasco, and No. 12 seed Tomas Berdych, whose victory over qualifier Carlos Berlocq marked his 600th ATP victory.