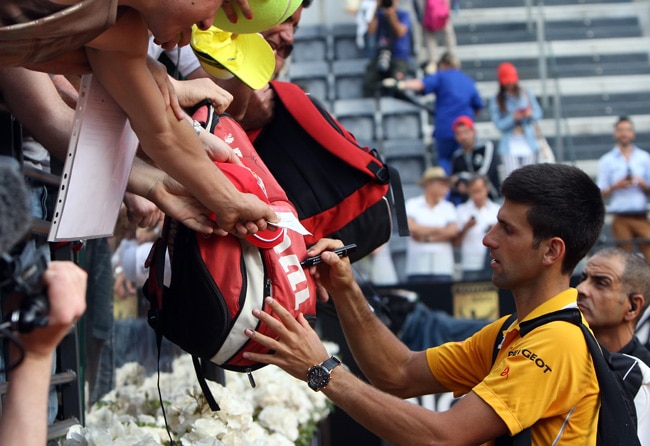 Novak Djokovic recovered from a set down to set up a quarter-final match with Kei Nishikori on Friday and the Serb is under no illusions that it will be tough challenge.

The world number one battled back to beat Thomaz Bellucci 57 62 63 and knows Nishikori deserves more credit than just a ‘promising youngster tag’. The Japanese fifth seed sealed his progress with a convincing 64 63 success over Victor Troicki.

“Niskikori’s not anymore somebody that we are looking for for the future of tennis,” said Djokovic. “He’s not somebody who is a promising player, he’s already established top 10 player, a Grand Slam finalist and very consistent. I think he’s playing great ever since he started working with Michael Chang. You can notice the improvement in his game.

“He’s very aggressive, one of the best double backhand we have on the tour so I obviously need to start better than I did tonight and be consistent throughout the entire match and bring out my A game because it’s the only way I can win that match.

“My match was high quality, Thomaz played great from both corners, tactically he did the right things, a lot of variety in his serve, mixing it up, not giving me position, hitting the first ball after his serve being aggressive.

“But also he was patient. The match could have gone either way in the third set but I was hanging on in there waiting for the opportunity and capitalised.”