Rafael Nadal against Fabio Fognini, Jelena Ostapenko versus Maria Sharapova and Alexander Zverev against David Goffin are just three of the mouth-watering matches scheduled for Friday at the Internazionali BNL d’Italia.

Fognini has been in excellent form this week but knows he will need to be at his best if he is to have a chance of defeating the seven-time Internazionali BNL d’Italia champion in their quarterfinal on Court Centrale. 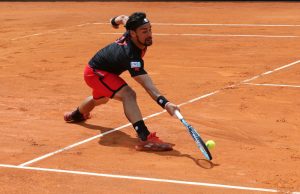 The last time Fognini and Nadal met was in Shanghai last year when the lefthander dropped just four games as he eased into the quarterfinals. Earlier in the year, however, Fognini came very close to upsetting Nadal in Madrid, losing 6-4 in the third set.

Nadal has won 10 of their 13 previous encounters with Fognini’s last victory coming at the 2015 US Open when he battled back from two-sets-to-love down to win a five-set thriller. Nadal is aware of the danger the Italian can pose, particularly with a passionate home crowd behind him.

“It’s a match against a great player with big talent,” said the world No. 2. “And I know I have to play well to keep having chances to keep going on the tournament. To make that happen, to play at the right level to be competitive and try to find the way to have my chances.” 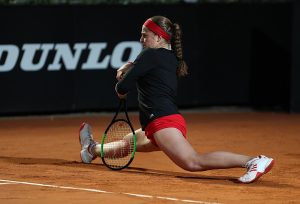 “I’ve seen quite a bit. I mean, obviously she’s been going deep into tournaments and has helped set up some really great matches for herself in the past year specifically, and especially on this surface,” said Sharapova about her opponent. “We’ve never faced against each other before, and, yeah, I’m looking forward to it.”

No. 11 seed Novak Djokovic, who looks to have been playing his way into form this week, will face a tough encounter against Kei Nishikori to round out the day session on Court Centrale. 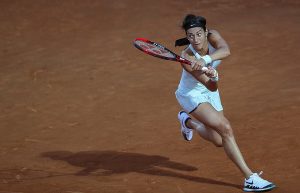 The first night match will see world No. 1 Simona Halep, who will be fresh after having an unexpected day off on Thursday when Madison Keys withdrew from their match with a rib injury, take on No. 7 seed Caroline Garcia, who has been quietly progressing through the draw this week, claiming notable scalps such as No. 9 seed Sloane Stephens on her way.

No. 2 seed Alexander Zverev, who came through an epic second set tiebreak against Kyle Edmund on Thursday, will play his quarterfinal match against David Goffin in the second of the night matches. The Belgian advanced after Juan Martin del Potro retired from their third round meeting with a groin injury.

Elina Svitolina will be looking to remain on track to defend her title when she plays No. 11 seed Angelique Kerber on Next Gen Arena, while Pablo Carreno Busta stands in the way of a first semi-final at the Foro Italico for No. 4 seed Marin Cilic.

The remaining quarterfinal sees Anett Kontaveit take on No. 2 seed Caroline Wozniacki, who secured her spot in the last eight just before midnight on Thursday after she defeated Anastasija Sevastova 6-2 5-7 6-3. The two will face off in the last match of the day on Next Gen Arena.