Halep and Svitolina to battle for Rome title again

Simona Halep will have the opportunity to exact revenge over Elina Svitolina when the two meet in the Internazionali BNL d’Italia final on Sunday for the second straight year.

Svitolina triumphed at the Foro Italico in 2017, fighting back from a set down to defeat the Romanian in two hours seven minutes in a compelling final in which Halep started strongly but was hampered by an ankle injury as the match progressed. 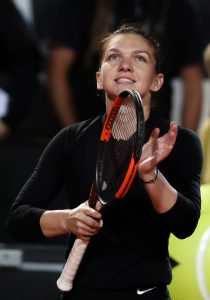 Since then the two players have met a further three times including in the quarterfinals at Roland Garros, an encounter in which the world No. 1 won in three sets. Svitolina has won their other two meetings in straight sets, on hard court in Toronto and at the WTA Finals in Singapore.

The Ukrainian is bidding to defend a title for the third time in her career, following on from her back-to-back trumps at Baku and Dubai, and add a second Rome title to the Brisbane and Dubai crowns she has already won this year.

Halep, who won in Shenzhen earlier this year, is guaranteed to remain at No. 1 when the rankings are released on Monday while Svitolina needs to lift the trophy here to remain in the top 5.

“I started well last year, so the game is there. I know how to play. But still, she’s a very tough opponent. She’s a great player. So, I have to be focused on myself a lot to actually plan a little bit what I have to do. And then just go there and enjoy the match,” said Halep.

“It’s a great opportunity; it’s a great challenge. So I have just to play my best.”