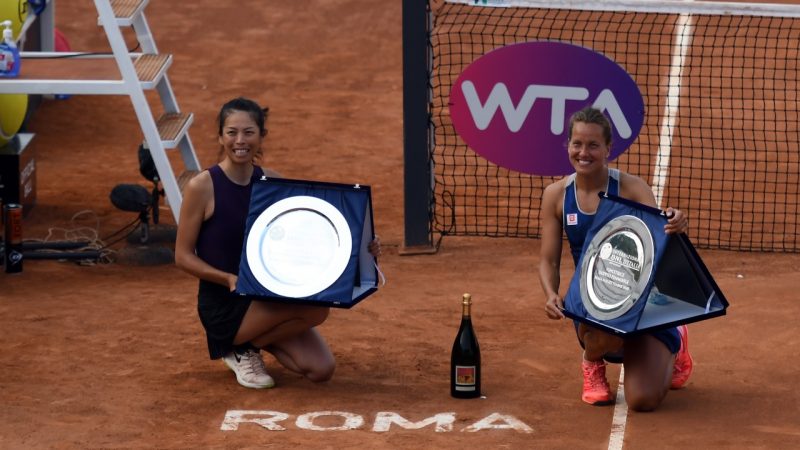 Chinese Taipei’s Hsieh Su-Wei and Czech Republic’s Barbora Strycova won their fourth title of the year at the Internazionali BNL d’Italia, defeating Anna-Lena Friedsam and Raluca Olaru 6-2 6-2 in the final at the Foro Italico on Sunday.

The top seeds have been in imperious form in 2020, lifting the trophies at Brisbane, Dubai and Doha and this triumph, in their first tournament back since the resumption of the tour, extended their win-loss record for the year to 21-1 – their only defeat coming in the Australian Open final.

It was a third Rome title for Hsieh, who was also crowned champion with Peng Shuai in 2009 and 2013, while Strycova had finished runner up with Andrea Hlavackova in 2018.

Hsieh/Strycova didn’t drop a set all week and were too good for Germany’s Friedsam and Romania’s Olaru in the final on Court Pietrangeli, winning 82 percent of their first serve points and only being broken once as they romped to victory in 63 minutes.

“Today the key was to play our game. It’s always a key to play our game. And then if it’s not working, we have to come out with a plan B. Today it was working right from the beginning. I thought like I was returning very well, and Su-Wei was reacting at the net, as always, very well,” said Strycova. “To win such a tournament after such a long time, it’s great before French Open, and for our confidence, it’s really good.”