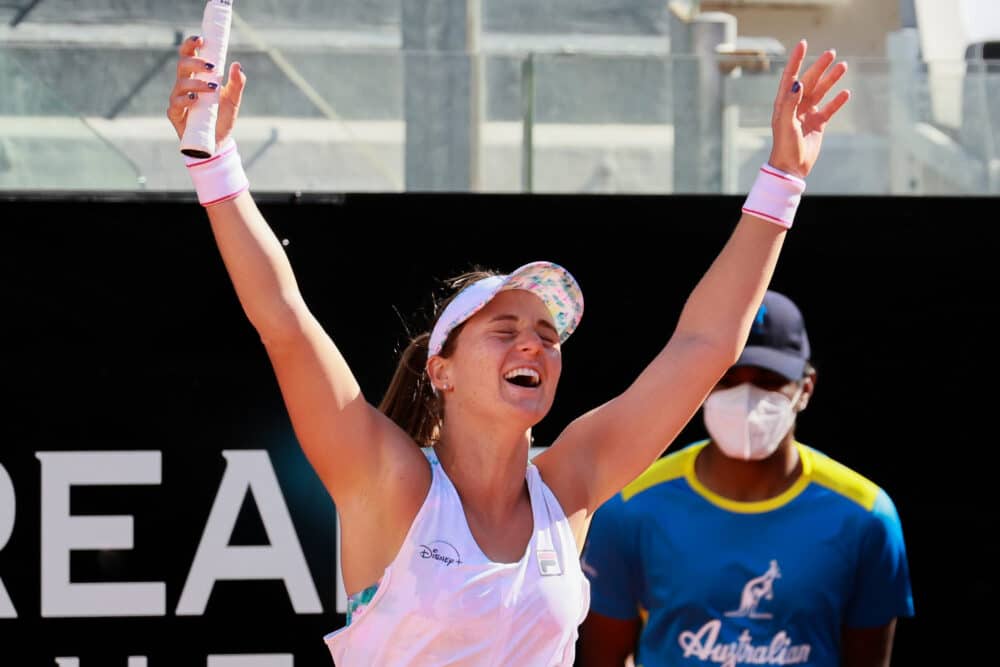 Plenty early exits, a worrisome injury for Simona Halep, Serena Williams’s 1000th career match and a always-solid looking world number one, Ashleigh Barty. It was definitely a day that will not be forgotten any time soon at the Internazionali BNL d’Italia where all second-round matches were completed on the WTA draw.

In the very last match of the day, Simona Halep looked in complete control during her debut as defending champion against Angelique Kerber. Up 6-1 3-3, she had to stop playing calling for the physiotherapist as she felt a sudden pain on her left calf right after a small split-step upon returning. Kerber immediately recognized the seriousness of the situation and went to help the Romanian, who, however, was forced to retire. Halep looked in pain and her muscle quite swollen, so much that she was heard asking the physio whether it was “broken”. A later check showed a tear in the calf. Tomorrow she will undergo a MRI to evaluate the entity of it. We obviously hope she will be able to return to court soon.

Earlier in the day, World number one, Ashleigh Barty, was the first to advance to the third round despite looking a little contracted against Yaroslava Shvedova. The Kazakh, who had defeated local wild card Martina Trevisan at the end of a dramatic battle just yesterday, started the match better, exploiting the hesitation of the Madrid finalist, who was sporting a big taping on her left thigh. After breaking back to tie on 4-4, the Australian found more ease with her groundstrokes and left her opponent behind. 6-4 6-1 the final score for Barty. Her next opponent will be Veronika Kudermetova, who handled Caroline Garcia with a double 6-4.

Easy debut also for last year’s finalist and two year’s ago champion Karolina Pliskova, who managed to tame the tricky game of Anastasija Sevastova with a comfortable 6-2 6-3. Not as easy, but possibly even more impressive first match in Rome for Madrid winner Aryna Sabalenka, who literally took down the defences of Sara Sorribes Tormo winner after winner. With a total of 53 in only two sets, the Belarussian advanced to the third round with a stunning 7-5 6-1.

But it was not all easy for seeds and we experienced the first major upsets of the week: most notably, Naomi Osaka was stunned by Jessica Pegula, while Petra Kvitova was defeated by Vera Zvonareva. On the day of her 1000th career match, Serena Williams also failed to advance to the third round as Nadia Podoroska took her down 7-6(6) 7-5. Another seed to fall on this incredible Wednesday was Sofia Kenin, who little could do against Barbora Krejcikova in a 6-1 6-4 loss.

It was not an ideal day also for Elina Svitolina and Garbine Muguruza, but both managed to get through their matches and will meet in the next round. The two-time champion in Rome found herself back against the wall with an inspired Amanda Anisimova. Struggling to move her opponent, Svitolina suffered the heavy balls of her opponent throughout the first set, eventually managing to dictate more and eventually taking the lead in the scoreboard. Despite some uncertainties in closing both sets, the Ukrainian managed to wrap it up 2-6 6-3 6-4.

Far from ordinary was also the evolution of the match between Bernarda Pera and Muguruza: the American comfortably took the first set after an initial exchange of breaks only to see the Spaniard dominating the second. The lefty regrouped herself following the quick 6-0 for her opponent and she took a 4-2 lead in the decider, only to see Muguruza closing in. Back on serve, Pera was let down by her forehand when she most needed it and with two unforced errors, she allowed Muguruza to reach the third round 2-6 6-0 7-5.

In a day of falling seeds, Iga Swiatek managed to turn things around against US Madison Keys. The American led 5-3 and had three consecutive break points that would have closed the set, but from then on the Roland Garros champion did not give her any chances. 7-5 6-1 the final score for the Pole. With similar results, Jelena Ostapenko defeated Ajla Tomljanovic – 6-2 7-6(3) – and Petra Martic got past Kristina Mladenovic – 7-5 6-3. 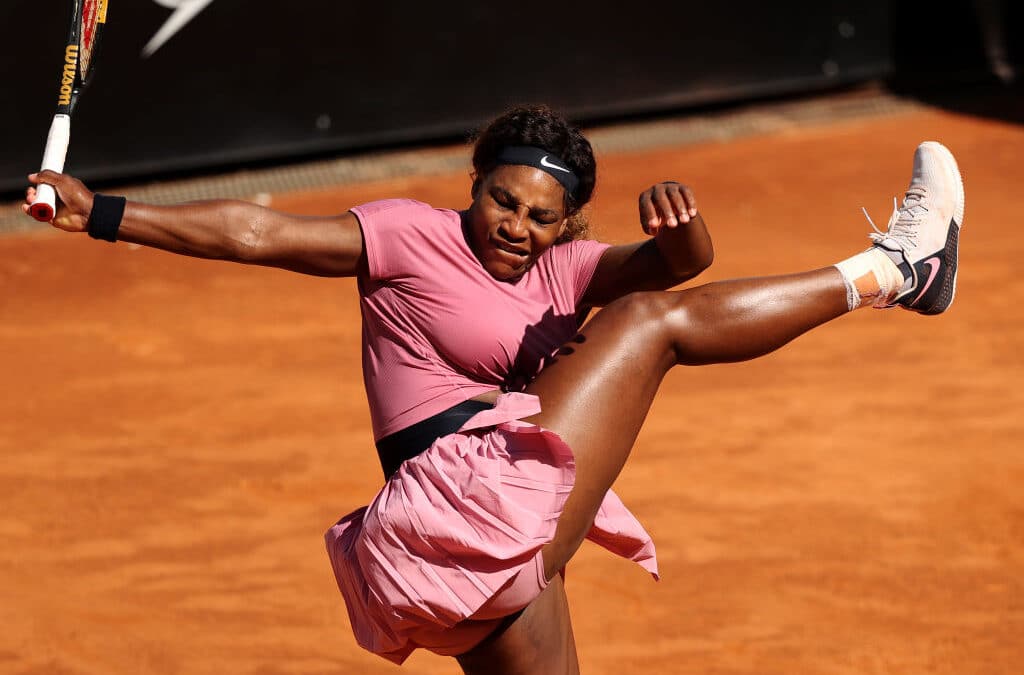 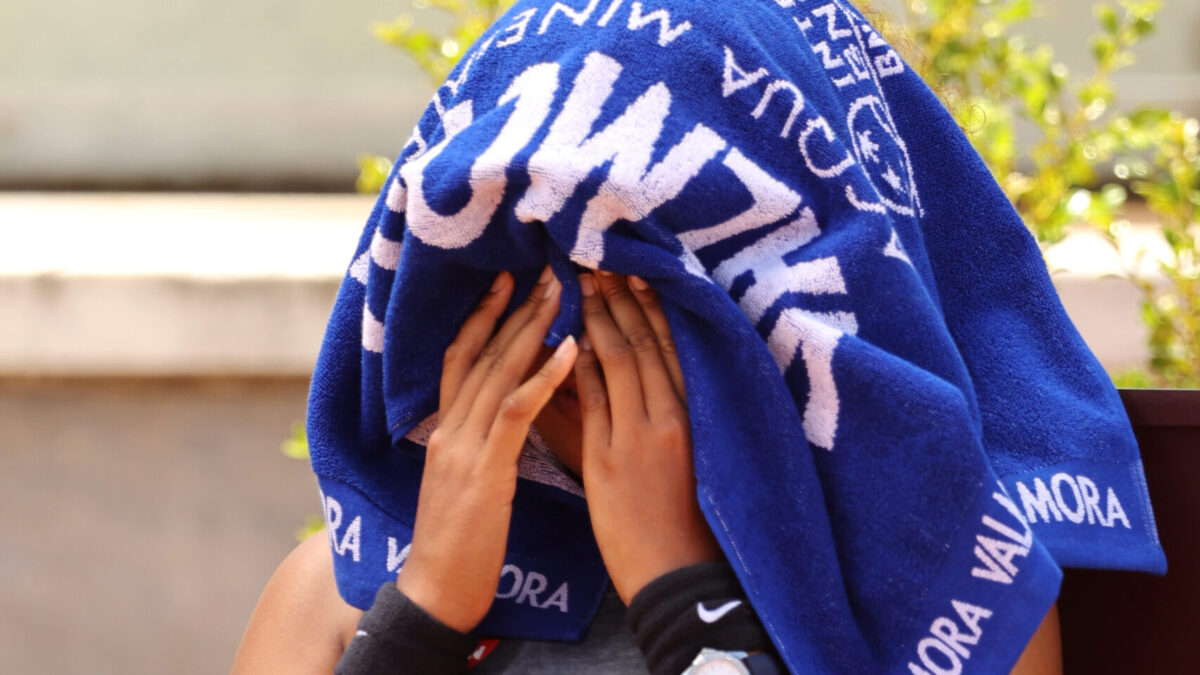 R2 surprises: Osaka and Kvitova out