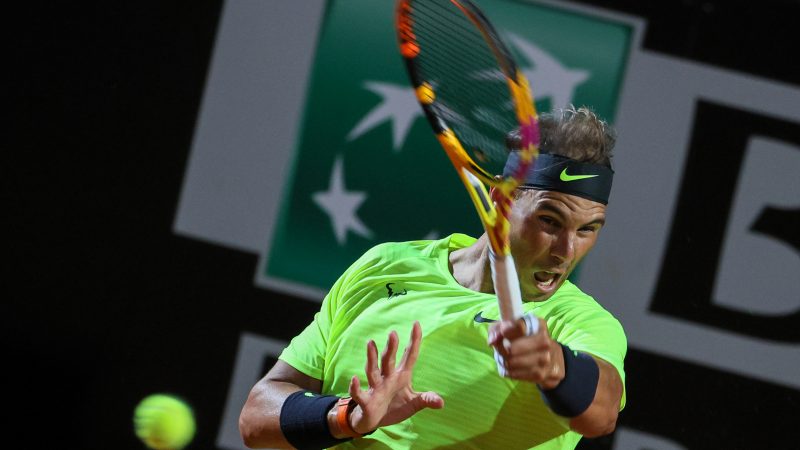 Nadal was back to his ruthless ways on clay, wasting little time in seeing off Pablo Carreno Busta 6-1 6-1 in Wednesday’s night session at the Internazionali BNL d’Italia.

The nine-time Italian Open champion hasn’t played since claiming the title at Acapulco in February but showed no signs of rust as he powered past his compatriot in 74 minutes.

Showing his trademark intensity, the world No.2 was in devastating form, firing winners from all angles to leave Carreno Busta struggling to win points. The world No.18, who reached the semi-finals at the US Open last week, played well but faced break points in all of his service games and had no answers to Nadal’s pace and variety.

A couple of marathon service holds from both players started the match before Nadal found his range and accelerated away, breaking twice as he raced to a 6-1 lead. The second set followed much the same vein as the first, the two Spaniards holding for 1-1 before the 19-time Grand Slam champion won five games in a row to seal victory.

“Was good news that I’m gonna be able to play one more match. By the way, I never take Rome like preparation for nothing else, no? Rome is one of the most important and historic tournaments in our sport, so I always came here with the highest motivation possible.”

Nadal will continue his quest for a 10th Italian Open title with a third round match-up against either No.13 seed Milos Raonic or Dusan Lajovic.