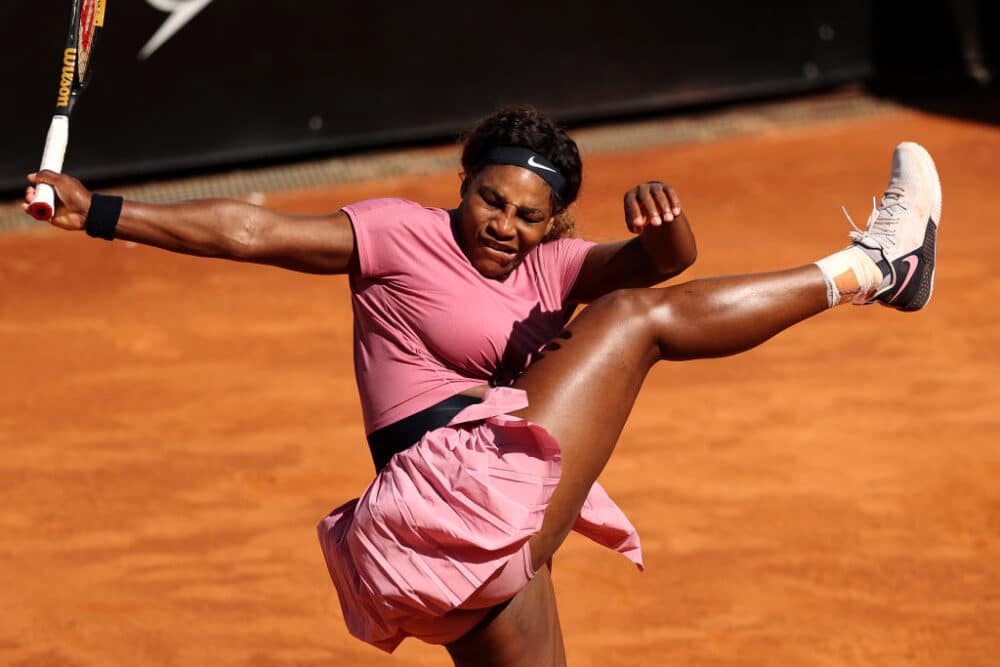 Argentine Nadia Podoroska shocked Serena Williams in the second round of the Internazionali BNL d’Italia 2021. The Roland Garros semifinalist confirmed her qualities on clay to take a 7-6(6) 7-5 victory.

On the day of her 1000th career match, Serena Williams knew she would be posed a difficult return on court for her first match since the Australian Open, as Nadia Podoroska is a solid clay courter, who reached the semifinals in Paris last autumn. And indeed, she was tested by the Argentine, whose counterpunching had the better in the end. The match was of pretty high quality, with plenty winners from both sides and numerous exciting rallies. Though the lack of matches played lately clearly demanded a toll on Williams, especially on the forehand, the 23-times slam champion looked fit and her point construction very focused. However, the 24-year-old was able to withstand the power of her opponent and took the chances whenever she opened the court.

Not only, she was extremely impressive in keeping the importance of the points out of her mind: after failing to serve for the first set and seeing Serena cancelling three consecutive set points in the tiebreak, many could have let go, but instead, she took the set at the very next chance. Similarly, in the second set, Podoroska managed to take a 5-2 lead, only to witness the American winning 12 consecutive points to tie on 5-5. Once again, the world number 44 cleared her mind and freed her legs from the weight of the missed opportunity and held her serve. She then quickly gave herself a match-point by going 0-40 on the serve of the American and took it thanks to a deep forehand return that put Serena off balance.

“She has a good game, for sure, obviously. She’s very consistent,” commented Williams on her rival, adding that she felt the lack of the match practice and could even play another tournament before Paris: “You know, it’s tough to have a first match on clay. It was definitely kind of good to go the distance and to try to be out there, but clearly I can do legions better. Maybe I do need a few more matches, so I’m going to try to figure that out with my coach and my team and see what we would like to do”.

Despite the loss, Williams felt things were in the right direction and it’s mostly a few details she has to work on to find her rhythm: “That’s always like a little struggle in the first two matches, and then I’m raring to go. Even sliding and confidence with that, with movement, and just not wanting to break my ankle when I moved. Yeah, that’s kind of where I was struggling a little bit, and just final shots. Like, I had a lot of opportunities to win, like, final shots and just kind of missing those. Overall, it was good for me to play such a clay court player on clay today, but it’s a little frustrating. But it’s all right. It is what it is”.

“I think it was a very good match, high level”, was the comment of Podoroska: “I think of course playing against her it’s give me like a plus. But play against her, it’s an honour for me. I saw her playing when I grew up, so it was a special match for me“.