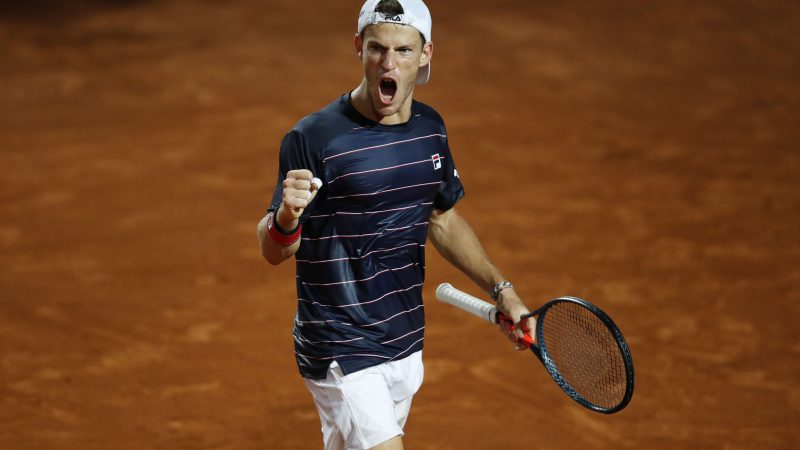 Diego Schwartzman produced the performance of his life to upset Rafael Nadal 6-2 7-5 and reach the semi-finals at the Internazionali BNL d’Italia where he will face No.12 seed Denis Shapovalov.

Schwartzman was sensational throughout his quarter-final match, taking the ball early and playing aggressive tennis to break the world No.2 five times on his way to a straight sets victory and end a run of nine straight defeats to the Spaniard.

The Argentine had been struggling to find his form this week put was almost perfect against Nadal, who wasn’t playing badly but couldn’t find a way past the 28-year-old. Schwartzman maintained a high level throughout the two hour four minute affair, causing damage from the backhand side and finding answers for everything Nadal threw at him.

“He was coming back this tournament after seven months, more or less, eight months. And I was thinking, okay, tennis, sometimes it’s really crazy and I was not playing good, but today maybe I have the chance. The conditions for me are good. The bounce is not really high, and the conditions are slow,” explained Schwartzman.

“So I was just thinking to have chances first, and then trying to take that chances. I think the first set I did great, and in the second I was taking a few chances but not converting the chances with my serve. I was thinking, okay, maybe it’s not the second set but maybe the third, because it’s not easy to coming back after many months. I was really focused every single time in the match, and I think that was the key.” 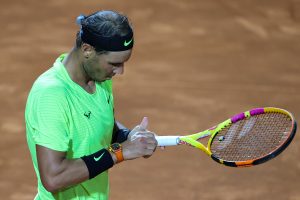 Schwartzman was solid on serve during the opening set, facing just one break point in the fourth game, as he dictated play, limited Nadal’s use of his forehand and piled the pressure on his opponent. Some outstanding exchanges followed but it was the No.8 seed who came out on top, preventing the nine-time Italian Open champion from playing his best tennis and breaking him twice to ensure he held the early advantage.

The second set was a more up and down affair. Although Schwartzman was still the better player the pair both struggled on serve towards the back end of the set as the finish line loomed. The world No.15 was broken to love as he attempted to serve it out at 5-4 and it looked as if Nadal was going to turn the match around but he couldn’t, Schwartzman broke him again with some gutsy tennis and then held his nerve to seal victory with an audacious forehand drop volley to record a huge upset at the Foro Italico and earn his first top 5 win.

“Well, have been not my night at all. He played a great match, I think. And not me. So when this happens, you have to lose. These things can happen. After such a long time without competing, I played good two matches, and now today I played a bad one against a good opponent. That’s how it is. I just want to congratulate Diego, and I gonna keep working,” said Nadal.