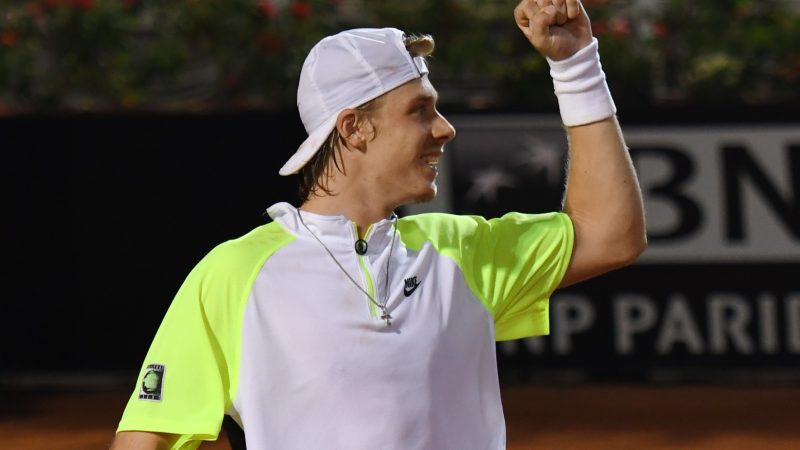 Denis Shapovalov maintained his impressive run of form to take out Grigor Dimitrov 6-2 3-6 6-2 and reach the Internazionali BNL d’Italia semi-finals for the first time.

The Canadian, who reached the quarter-finals in both the singles and doubles at the US Open earlier this month, needed one hour 53 minutes to secure his first victory over Dimitrov and set up a last four clash against either nine-time Italian Open champion Rafael Nadal or No.8 seed Diego Schwartzman.

All his recent on-court success has ensured Shapovalov is full of confidence and it was evident from the outset against the Bulgarian. He displayed his trademark flair and athleticism to break his opponent twice in the opener and secure an early lead.

The start of the second set was a more competitive affair, the first three games were extended to deuce before the players exchanged breaks. Dimitrov wrestled the momentum to secure another break, capitalising on a few loose points from the world No.14 to level the score.

Shapovalov regained control in the third, trusting his shots and playing aggressive tennis. The lefthander was the more solid player, winning six of the last eight games on his way to recording his 100th tour-level victory.

“Yeah, definitely very happy with the result today and this week overall. I have had a lot of difficult matches,” said Shapovalov. “Dealing with jet lag and the body fatigue, it’s not easy, so I’m really happy with the way I have been able to overcome that. And the way I felt tonight was really good, so I’m really happy and really pleased with myself.”