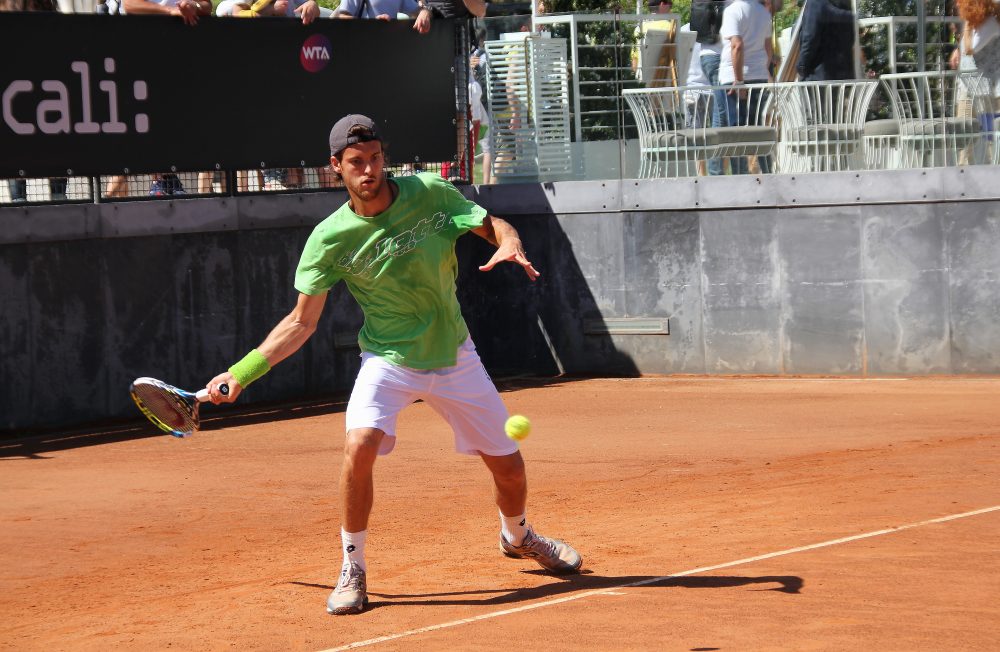 Stefanos Tsitsipas and Joao Sousa are the top two seeds in the men’s qualifying draw at the Internazionali BNL d’Italia which gets underway at the Foro Italico at 10am on Saturday.

World No. 40 Tsitsipas rose to prominence after finishing as runner-up in Barcelona last month. The 19-year-old Greek player defeated four of the top 10 seeds en route to the final where his dream run was brought to an end by Rafael Nadal.

Tsitsipas will begin his quest for a maiden main draw spot at the Rome Masters against Mikhail Kukushkin in the final match on Court Pietrangeli.

Sousa is another player to have enjoyed success on the clay this season, picking up his third ATP title at his home tournament in Estoril last week. The 29-year-old Portuguese player will face Argentina’s Horacio Zeballos in his first qualifying match. Italian wild cards Andrea Pellegrino and Salvatore Caruso will expect tough tests when they take on No. 3 seed Mischa Zverev – brother of the 2017 champion Alexander – and American youngster Frances Tiafoe, the No. 4 seed, respectively.