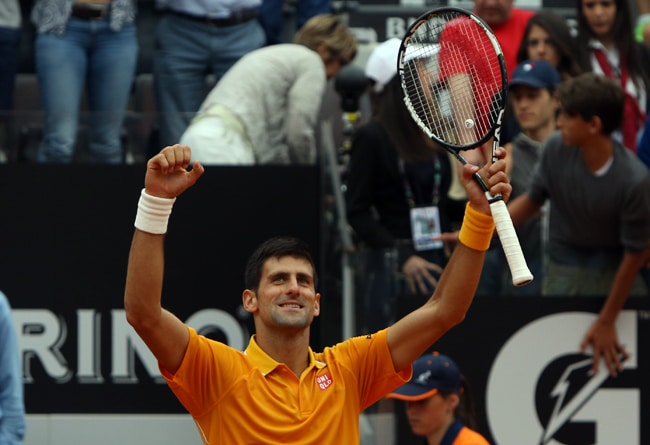 Novak Djokovic admits the form of Rafael Nadal has taken him by surprise as he comfortably beat David Ferrer to make the Rome final.

The Serbian world number one beat the Spaniard 64 64 to make his sixth final at the Foro Italico having already won three times.

His rival Nadal was knocked out at the quarter-final stage on Friday, has not won a clay court title this year and the upcoming French Open appears to be a more wide open affair this time around.

“I think it surprised everybody considering his records on clay court in his entire career,” said Djokovic. “I don’t think it has happened in the last 10 years that he has not won at least one clay-court tournament prior to Roland Garros. He is human as well and does have his periods when doesn’t feel that confident on the court when he’s not winning.

“This is the surface where he likes to play on, let’s see how he bounces back in the Roland Garros, the most successful tournament that he has ever played in his career. You can always expect him to play his best there in Paris, it’s where he peaks and everybody wants to peak.

“If you enter the Roland Garros without a title behind you it’s different mentally but he’s still one of the fittest guys on tour.”

Djokovic had been taken to three sets on each of his previous three matches this week so to achieve victory in straight sets pleased him greatly.

“It’s very encouraging when you haven’t lost a serve against one of the best server of the tournament,” he said. “He’s a great competitor, he always makes you play an extra ball. I did face a couple of break point, especially in the second set where maybe I was a little bit fortunate. I just found the way to dig my way through.

“This was definitely the best match so far. My performance is satisfying and it is giving me enough reasons for me that I can play at these levels and maybe be better tomorrow.”

Ferrer admitted taking on the world’s best, even on his preferred clay court surface, was always going to be a difficult proposition.

“It was a tough one but I did a good game,” he said. “I served very good this week and I had a good percentage. But I didn’t make it, with the number one of the world it is very difficult to win.” 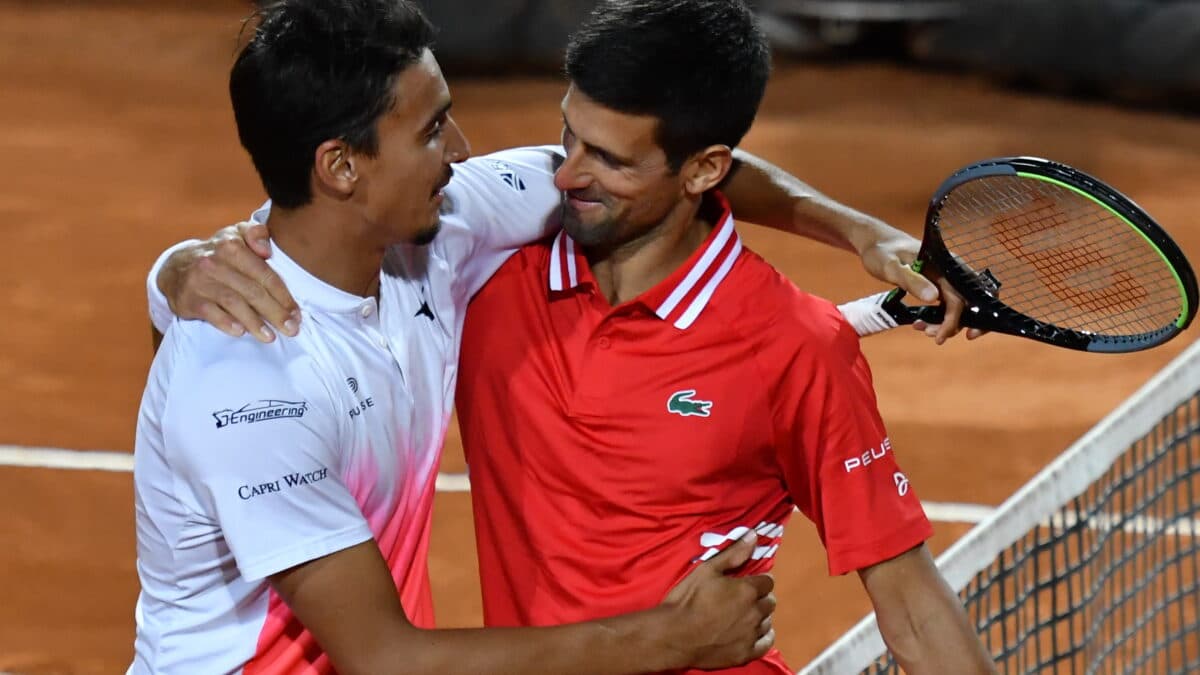 This website uses cookies to improve your experience while browsing the site. Of these, cookies classified as necessary are stored on your browser as they are essential for the basic functionality of the website to work. We also use third-party cookies that help us analyze and understand how you use this website. These cookies are only stored on your browser with your consent. You also have the option to opt out of these cookies. But opting out of some of these cookies may affect your browsing experience.
Necessary cookies Always Enabled

These cookies are necessary for the proper functioning of the site and do not store personal data. They are usually enabled as a result of user actions to enable core functionality, such as setting and managing access or privacy preferences. Normally these cookies cannot be disabled; however, some browsers may block them or send you a warning regarding these cookies. Please note that blocking these cookies will affect the operation of the site.

Functional cookies help perform certain functionalities such as sharing website content on social media platforms, collecting feedback, and other third-party features. If these cookies are disabled, some or all of these features may be adversely affected.

Performance cookies are used to understand and analyze the key performance indexes of the website which helps in delivering a better user experience for the visitors.

These cookies collect aggregate data anonymously and allow us to identify our most popular pages and content to improve our site and the experience we offer visitors. Disabling these cookies limits our ability to improve the products and services we offer.

Advertising cookies are used to provide visitors with relevant ads and marketing campaigns. These cookies track visitors across websites and collect information to deliver personalized ads. These cookies may be set on our site by our advertising partners. They may be used by these companies to build a profile of your interests and show you relevant advertisements on other sites. These do not store personal information directly, but are based on the specific identity of your internet browser and device. By denying consent to these cookies, you will have fewer targeted advertisements.

Other cookies are not classified in a specific category. If these cookies are disabled, some site functionality may be adversely affected.

These cookies allow visitors to share our content with their social media contacts. These can track activity across sites to build a user profile that allows us to offer more relevant content on other sites visited.

SAVE & ACCEPT
Powered by