Zverev ousts Cilic to set up title decider against Nadal

Defending champion Alexander Zverev defeated Marin Cilic to win his 13th straight match and advance to the final at the Internazionali BNL d’Italia for a second straight year. 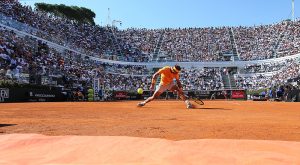 Zverev is enjoying a spectacular run of form which has seen him take in the titles in Munich and at the Madrid Masters but will face the ultimate test when he takes on seven-time Rome champion Rafael Nadal in Sunday’s final.

The two players have met four times before with the Spaniard triumphing on each occasion. Straight set victories have occurred on both of their previous clay court encounters, including in the Davis Cup quarterfinals last month, and Nadal will be hoping to extend his winning advantage as he bids for an eighth title at the Foro Italico. Victory for Nadal on Sunday will ensure he returns to the top of the rankings on Monday.

Zverev advanced to the title decider for the second straight year after seeing off the big-hitting Marin Cilic 7-6(13) 7-5 in a two-hour-one-minute match which included a tiebreak lasting over 20 minutes. 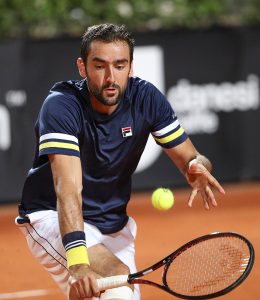 While Cilic had chances in both sets it was the German who always looked slightly more comfortable. He eased through the first set and found himself with a 4-0 lead in the tiebreak before the Croatian stepped in and started attacking his shots. Cilic was rewarded for a courageous dropshot at 6-6 and from then on it was a case of taking your chances.

The two players took it in turns to hold set points, the No. 4 seed had five opportunities to wrap up the first set but it was Zverev who gained the advantage on his fourth set point when Cilic netted a forehand.

The 2014 US Open champion was able to put the disappointment of losing the 71-minute set quickly behind him and broke in the first game of the second set, holding onto the advantage until he was pegged back at 4-3. He managed to hold just once more before the No. 2 seed upped his game to break again and claim victory.

Nevertheless it has been a good week for Cilic, who recorded his best result in a clay court Masters 1000 event by reaching the semi-finals.